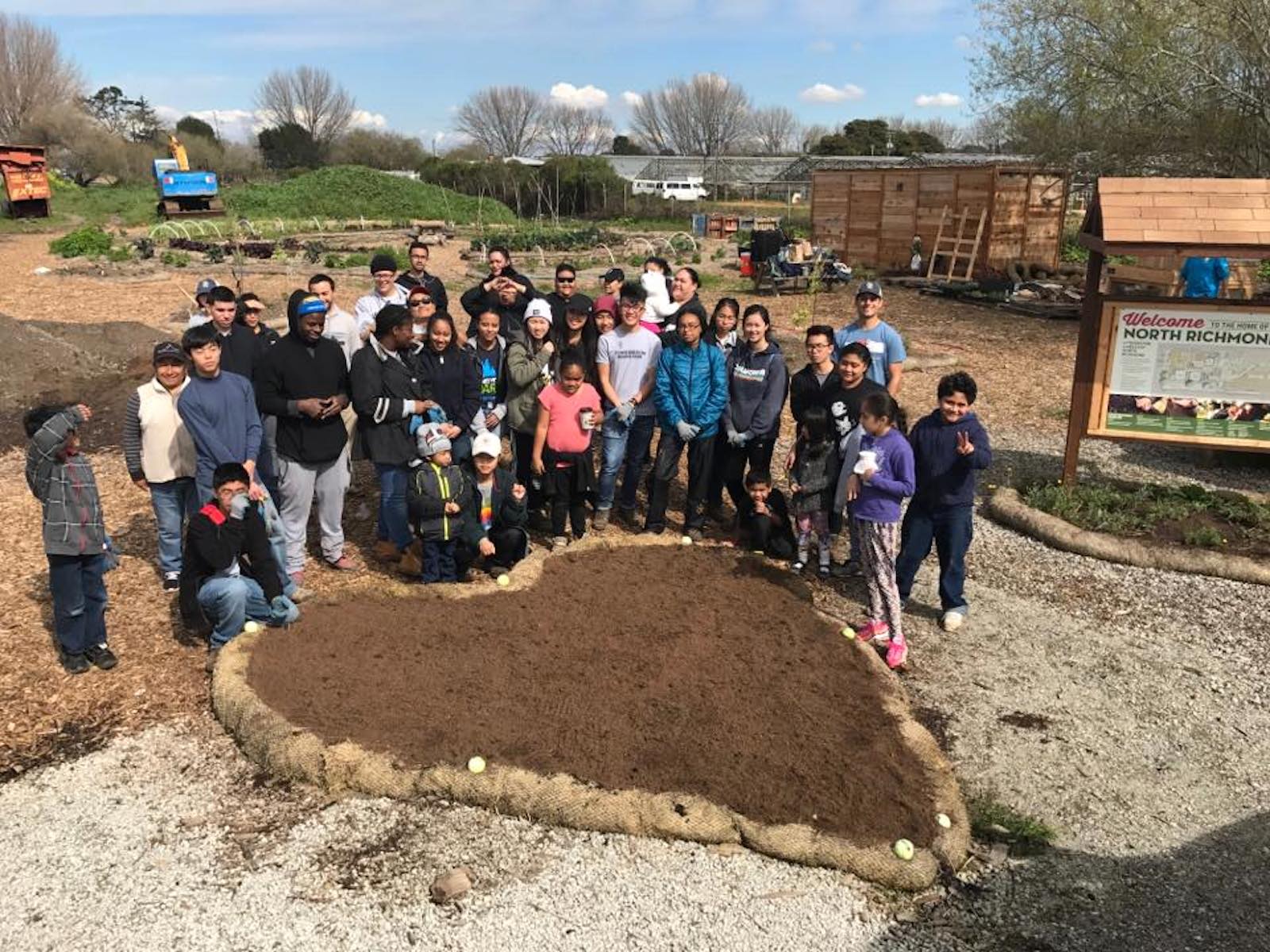 While thousands of folks in San Francisco prepared to throng the Crissy field Park to rally in a move of counter-protest against far-right groups in late August, a community inspired activity gathered mass at a North Richmond neighborhood. Families, individuals and organized community came together to engage in activities aimed at building cohesion and depict resilience, thanks to NorCal Resilience Network’s partner- Urban-Tilth, an organization that involved in community development and resilience building in the Richmond area.

The organizers said, they expected a turn out of just ten. However they got overwhelmed to see over eighty participants.

“If we don’t connect with each other, we don’t get to know each other and then continue to scold each other at every given opportunity” she says.

Many participants also brought in messages that sought common ground on taking action against hate and encourage neighborhoods to focus on love.

Robert Rogers, a district coordinator in the office of the Supervisor at Contra Costa District 1 area said the idea should be replicated to bring community cohesion.

“We value diversity and it is what makes our country unique and for someone to call for a distinctive experience in this country- is definitely out of the ordinary.

Neighborhoods like ours need such events as this that bring our young people together to share knowledge and know each other in person” he said.

She said communities should be able to replicate such activities that not only bring about community spirit but also encourages sustainable living for its members.


A moment to taste food- directly from the garden.

Attendees were treated to a host of activities as the day went on.

While many were busy pruning and tending to plump trees growing at one garden, many others were also clearing the fence along which lies a vegetable garden.

A participating family had also brought onto the yard four of their horses. Participants took turns riding the stallions.

Messages like: Grow Food Not Hate, Forward Not Backward, We all bleed Red, color doesn’t define – and many more were a common sight on the yard.

Young and loving: These was really not a protest but a community action to support each other- happily.